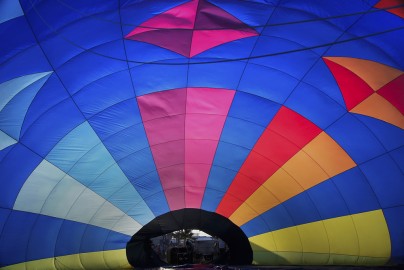 Many residents of the United States and Canada are familiar with hot air balloon festivals.  There is nothing like watching a sea of colorful balloons filling up in the cool of the early morning, listening to the whoosh of the burner, and watching the balloons take flight to decorate the sky.

It is unusual to hear hot air balloon news from the country of Taiwan though, because there are only two legal balloons in the entire country, both of them owned by the county of Taitung. Taiwan is just catching on to this beautiful sport, and they are looking to expand their balloon fleet.

According to the China Post, Taitung County wants to hire two hot air balloon pilots willing to travel to the United States for training and to be licensed internationally. These pilots will fly balloons purchased by the Taiwan government to expand their annual Taitung Balloon Festival.  The festival started in 2011 with a total of 10 balloons, many of which were from other countries including the United States and Canada. Taiwan would like to include more of their own balloons in the festival along with those from other countries in 2013.

Hot air balloon pilots who are ready for an adventure have to be at least 20 years old and pass a medical examination.  Taitung County is taking applications starting December 17, 2012, and the two pilots chosen will start training to get their international license in early 2013. All classes and examinations will be given in the United States.  The Taitung County government will even foot the bill for any costs involved in getting ready for the 2013 festival.