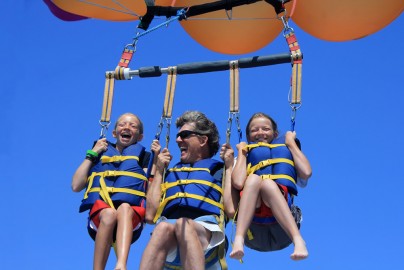 During the summer months the beaches in Florida are lined with adventure seeking tourist looking for a bird’s eye view from a parasail. Little do they know that their adventure is widely unregulated in Florida with minimal government oversight to ensure their safety.

Currently, the FAA only regulates the air space the parasailing activities use. The Coast Guard regulates the boats and by requiring that a license be onboard allowing it to carry passengers for hire. Other than seeing the parasail doesn’t run into an airplane or that the boat floats, the government doesn’t have any compelling safety requirements.

Seeing that this oversight was not enough, Senator Sachs filed Florida Senate Bill 64 that would strengthen parasailing standards. The bill,  named the “White-Miskell Act”, was introduced after the death of 15 year old Crystal White and the death of Kathleen Miskell. Crystal was visiting Florida with her family in 2007 when the towrope broke throwing Crystal and her sister onto a hotel roof. In August, Kathleen Miskell and her husband were parasailing when her harness apparently broke dropping her some 200 feet into the water. 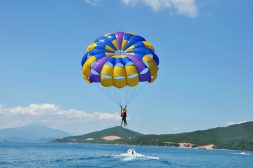 From 2001 to 2011 there have been seven parasailing accidents resulting in deaths in Florida. According to the Florida Fish and Wildlife Conservation Commission most of these accidents occur when the towline separates as a result of poor weather conditions and/or equipment malfunctions. Nationwide, there have been 70 people killed and at least 1600 people injured between 1982 and 2012.

Florida Senate Bill 64 adds requirements for the inspection of parasailing equipment, limits the maximum wind speed to 20 mph, and restricts the parasailing activity to greater than 1800 feet from shore. Other regulations includes mandatory insurance  of $1 million per person and $2 million per event for the commercial operation and towropes be tested to a strength of 4800 lbs. Each passenger would be required to have safety briefing that includes inherent risks involved before beginning parasailing activities. This is intended to offer protection for parasailing customers.

The costs incurred for complying with the requirements would be left to the operators. It is estimated that an insurance policy for 1 million per person or $2 million per event would run upwards of $11,000 annually. If the operation does not have a towrope meeting the 4800 lb test requirement they would be required to purchase one for approximately $750. 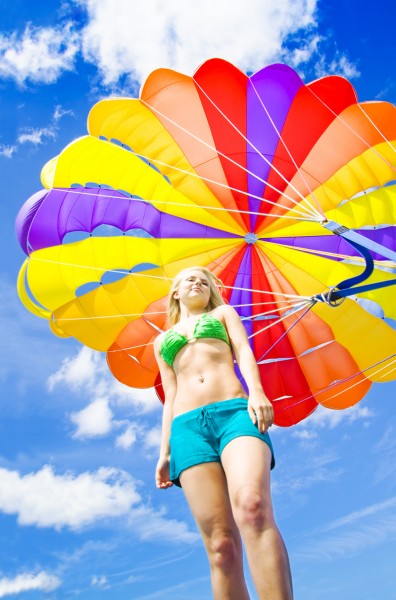 A similar bill was introduced in 2007, but failed. More people are involved in the current bill and those who support it say that it’s intended to protect people’s safety and prevent potential deaths.

“Any business that can’t operate with safety standards shouldn’t be in business anyway,” said Maria Sachs, the Florida state senator who introduced the bill.

This bill shows that the government in Florida has their head on straight in terms of protecting people who want to enjoy air sports. Many media outlets tend to push parasailing news involving deaths and injuries, so it’s a positive note to see those who have the power to do so try to curb these unnecessary incidents.

While most parasailing companies take the proper precautions, some are misinformed or neglect the practices that can prevent many of these incidents. By enforcing them on the books, it gives new operations the correct state of mind to avoid a tragedy. Since Florida is a big parasailing state, it’s refreshing to see that they have the right mindset of protecting the safety of the parasailing tourist instead of just cashing in on the money they generate.

For complete details of what’s included in this bill please follow the following link at the Florida Senate website (Adobe Reader Required): http://www.flsenate.gov/Session/Bill/2013/0064/BillText/Filed/PDF