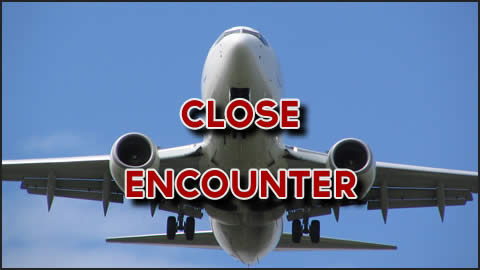 Hopefully no one in our Houston audience had a run-in with a Southwest Airlines jet as it was landing at Hobby Airport at 3:47 p.m. on Thursday, September 20th.

That’s when the Boeing 737 jet was caught passing through the drop zone used by Skydive Spaceland, located at the southern edge of Houston’s Class B airspace.

According to a preliminary report by the Federal Aviation Administration, the Southwest jet had been cleared by an air traffic controller through the drop zone airspace on its approach to the airport. The pilot was within view of the skydivers as they jumped from their aircraft. At the time, the Southwest jet was at approximately 5,000 feet and 20 miles south of the airport.

Being that the pilot had a visual on the skydivers, it goes without saying that this was a little too close for comfort. Reaching out and touching a 737 is not what most jumpers have in mind as they go out the door.

The agency states that they were working on determining if procedures were followed correctly as well as the exact distance between the Southwest jet and the jumpers.

Since Air Traffic Controllers and pilots have their hands full avoiding aircraft collisions, it may not be a bad idea for jumpers to scan the airspace and to keep visually checking the windows outside until they leave the plane. This includes airspace below the plane. Look before you leap and then enjoy your skydive.