Sergeant Emile Cilliers, a member of the Royal Army Physical Training Corps, is now facing a retrial for the attempted murder of his wife after the jury was dismissed for failing to reach a verdict.

In April of 2015, on Easter Sunday, Victoria Cilliers plummeted 4,000 feet when both of her parachutes failed. She suffered multiple, near-fatal injuries, including a broken pelvis, ribs, and vertebrae, telling detectives herself that she should not have survived.

Victoria, a former army officer, is an experienced parachute instructor and knew from the start of the jump that something wasn’t quite right. The lines of her main parachute had multiple twists and the canopy wouldn’t fully deploy. She was forced to cut away and deploy her reserve. She said it was a one in 750 chance that the main parachute would fail, and a one in a million chance that the reserve would fail as well, but that’s exactly what happened. She fought to untangle and open the reserve chute until she blacked out.

Emile, who was alone with the parachute the day before Victoria’s jump, is accused of twisting the lines of his wife’s main parachute and removing two slinks, which attach the reserve chute to the jumper’s harness. The British Parachute Association has said that there’s never been a double parachute failure in the UK, and there are no known cases of slinks breaking anywhere.

Emile is also accused of tampering with a gas valve in their home just days before, in what prosecutors say was his first attempt to kill her. According to prosecutors, when that failed he invited her to go parachuting the next weekend. 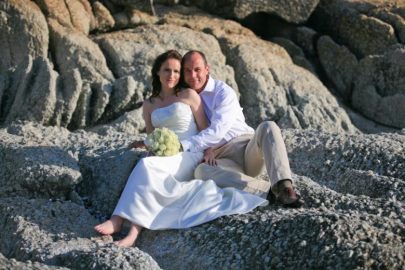 Victoria says she altered her will to leave their house, which is in her name, to their children instead of Emile, who has high debts and a poor ability to manage money, after she learned that he was having multiple affairs. Emile was still set to receive her life insurance payout should anything happen to her, a strongly suspected motivation.

The initial, seven-week trial ended when the jury was dismissed late last month, and Emile is now facing a retrial for three charges, two of attempted murder and one of criminal damage, all of which he has to plead not guilty. His retrial is scheduled for April 2018.