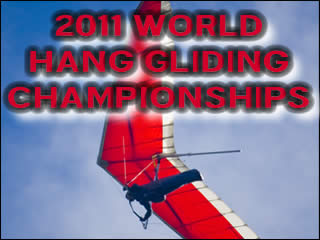 This year’s Class 1 competition was plagued by bad weather for most of the entire two week competition. Only two tasks were flown and the rest were cancelled.

This year’s competition was reminiscent of last year’s women’s worlds when bad weather forced the cancellation of every task.

Better luck in January of 2013 to the Class 1 mates when the forum moves to Forbes, Australia for the 19th FAI World Hang Gliding Championship. See ya mates!