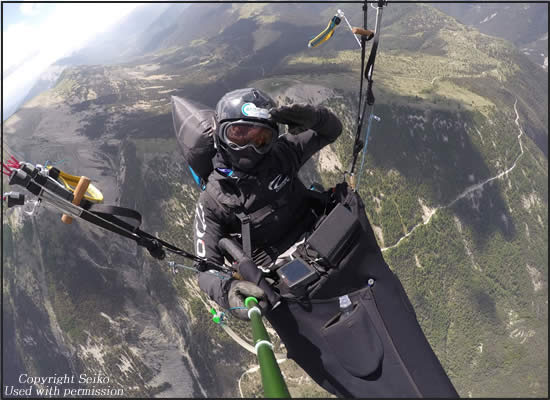 Seiko’s record flight still needs to be ratified but this will likely be the new world record. The current record is held by Italy’s Nicole Fedele with 395km, made on November 3rd, 2015 from Quixada. The unofficial women’s paragliding world record was made just days before Seiko’s flight in Brazil. This flight was 402km.

Seiko and partner Charles Cazaux took off from Jil Jil in south West Australia, flying 406km in a straight line distance to land in the Pulletop region. The pair have been on the record hunt for over a week now. Pilots have to be very skilled in order to break these records, but weather plays a large part also. The ideal conditions for this kind of flight are: enough tail wind to cover as much terrain as possible, strong lift, and high cloud base. The forecast the day of the flight looked somewhat problematic with very light wind and low cloud base. Seiko thought she might have to settle for the Distance to Goal Fixed Record with a declared distance of 366km.

After a winch takeoff she headed west. Five hours later she still had not reached the 200km mark. Then she finally hit a thermal which took her to within 10km of her 366km goal. She had already been flying for 10 hours at that point. At 1,300m above the ground, as she was getting ready to start her descent, her ground crew radioed her and encouraged her to go for the Free Straight Distance Record too.

She had only 30 minutes to achieve the second record as sunset was fast approaching and she had at least 30km left to fly before the 400km mark. After finding another thermal she was carried to within 20km of the record. Seiko encountered some hills and higher terrain, she was almost touching the hills when her GPS finally read 402km. After flying for 11 hours and breaking two world records she landed safely in a farm field.

Look for more from Seiko Fukuoka as she continues her quest to hold all of the long distance paragliding world records. 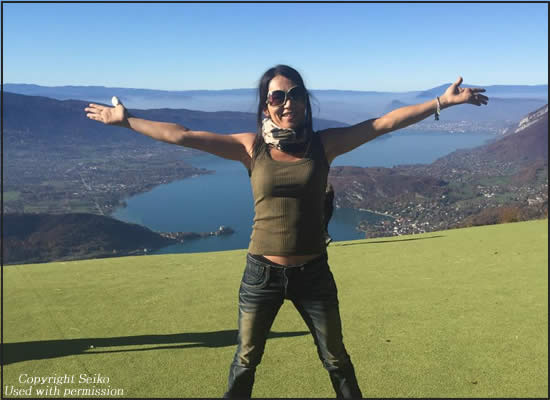