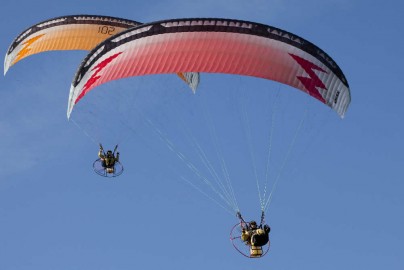 John Black, owner of Panama City’s Freedom Flight Center, and the event’s organizer, told the Panama City News Herald the cancellation came on the heels of a proposed city ordinance that will impose new restrictions on take-offs, landings, and flights in the future. Furthermore, the proposed ordinance will require pilots to register with the local police department.

A provision in the ordinance permits the city to shut down any event in which violations to the new restrictions are determined. Although Black had permission from the city to move forward with this year’s event (scheduled May 6-13), its fifth since the inaugural event in 2009, the final vote on the ordinance occurs only days before the start of Beach Blast 2013, too soon to comply with all restrictions. Event organizers agreed the threat of a shut down would be too much of a liability, considering pilots come from all over the world to participate.

Black feels the spirit of the ordinance is unfair, claiming no other event in the area is held to the same restrictions. City council members claim those events are regulated under several other ordinances. Additionally, they cite numerous complaints about Beach Blast as the impetus behind the new ordinance.

In a note on the event’s website, Black apologizes to Beach Blast supporters, and states full refunds have been and will continue to be issued to those already registered.