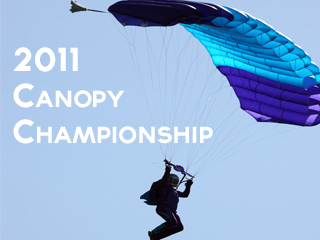 The 2011 USPA National Skydiving Championships of Canopy Piloting was held at Skydive Spaceland from September 14-17.

Skydive Spaceland is located in Rosharon,Texas and boasts a sprawling 500 foot by 250 foot pond for the swooping action.

Some of Nicholas’s Batsch Competition Highlights: