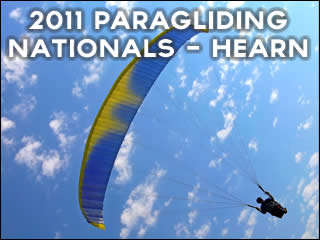 The second half of the US Paragliding Nationals was held between August 14 and August 21, 2008.

This is Eric’s 2nd national championship. He took his first national title back in 2003 at Telluride, Colorado.

Complete results of Hearn as well as an excel spreadsheet with combined results from Red Rock can be found at the FlyXC website.