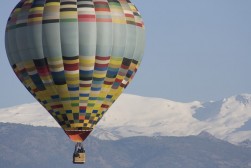 Also hot this month is the Mesquite Hot Air Balloon Festival January 26-27, 2013. This event is being held at the CasaBlanca Resort in Mesquite, NV in the golf club area and will sure to be a great time for all who attend! There will be a chili cookoff. an Elvis Rocks concert, illuminated balloons, a motocross event and much more! You can find out more about this event at