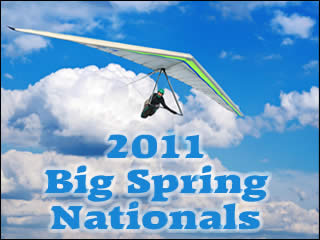 This year’s championship had 33 pilots that flew, almost double the eighteen that competed in last year’s competition.

Zac Majors, the 2008 US National Hang Gliding Champion flew into first place on the last flyable day of the comp, edging out David Straub by 40 points.