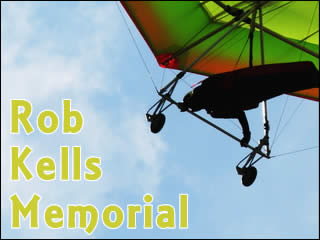 Complete results can be found at .

This event was held in honor of Rob Kells. He sadly passed away in 2008 after a two year battle with prostate cancer. His contributions to hang gliding were endless. Visit Rob’s Page.